Xi Jinping and other Chinese leaders attended the closing meeting at the Great Hall of the People in Beijing.

The following are some highlights about the annual sessions in the last 24 hours. 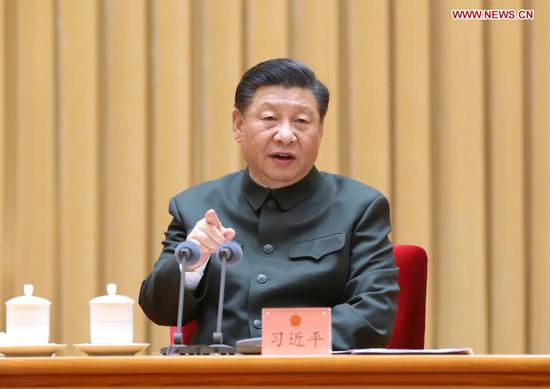 Chinese President Xi Jinping speaks when attending a plenary meeting of the delegation of the People's Liberation Army and People's Armed Police Force at the fourth session of the 13th National People's Congress (NPC) in Beijing, capital of China, March 9, 2021. (Xinhua/Li Gang)

The meeting decided to submit multiple documents to lawmakers for deliberation.